Dr. Teresa Wilkins taught Anthropology for over 19 years at UNM-Gallup and was a current faculty member at the time of her death. She received her bachelor’s degree from Appalachian State University in North Carolina and went on to earn her PhD in Cultural Anthropology from the University of Colorado at Boulder. Dr. Wilkins enjoyed outdoor activities like landscape and architectural photography, cooking and learning new languages. She practiced textile arts learned from childhood and loved to read and write. Her professional areas of interest included art and art markets. Dr. Wilkins’ award winning book Patterns of Exchange was published in 2008. Dr. Wilkins died on August 19, 2014, and a memorial service was held on the UNM-Gallup campus on August 31, 2014. 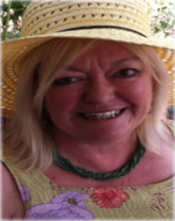 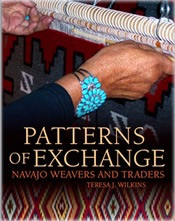 From the UNM-G Faculty Directory Archives

I enjoy outdoor activities like landscape and architectural photography and also cooking and learning languages. I practice some textile arts learned from childhood. Other activities overlap with my profession like a love for reading and writing in many forms. My professional areas of interest and expertise include art and art markets. Other specialties include political and cultural economies; space, place and cultural identities; cultural property issues; repatriation and reburial; expressive arts; cultural trauma; violence, memory and culture; museum studies and visual culture; textiles and other arts of the American Southwest; the American Southwest in a global world, and comparative indigenous studies.

The majority of students at UNM-Gallup come from cultural backgrounds in which creating and maintaining relationships with people is the paramount value. I try to carry this knowledge into all aspects of my teaching whether it is course development, in-class methodologies, mentoring or other non-classroom activities. I also place an emphasis on culturally relevant curricula. I teach over 20 courses including Introduction to Anthropology, Cultures of the World, Digging Up Our Past, Indians of New Mexico, Cultures of the Southwest, The American Southwest: Senses of Place, Art and Culture in Southwest Marketplaces, Socio-cultural Theory, Principles of Cultural Anthropology, Native North American Cultures, Anthropology of the Southwest, Images of the Indian in American Culture, Current Topics in Cultural Anthropology: Violence, Memory, Trauma and Culture, The Politics of Culture and Property, Oral Narrative Traditions, Guided Study: From Spiderwoman to the Market Place, Developing Oral History Research Design for a Diverse Community Population, Introduction to Race, Class and Gender in the United States, Introduction to Southwest Studies, Exploring Non-Western Cultures: Hopi and Navajo Explorations in Anthropology: Intercultural Relationships in the American Southwest, Museum Practica and Independent Research, Southwestern Weaving, Appalachian Arts and Culture