Dr. Ralph Casebolt was born in 1933 in New Bremen, Ohio as the oldest son of Lucille and Robert Casebolt. He received his BA from Heidelberg College and his Bachelor of Divinity degree from the University of Chicago. He went to South Vietnam and served several years as a volunteer with Church World Service. Upon his return to the United States in 1969, he attended Northern Colorado University and received his doctoral degree in Education at which time he began working and teaching for the Pueblo of Zuni, New Mexico. Dr. Casebolt started his career at UNM-Gallup as an adjunct faculty member in 1974 and as a fulltime faculty member in 1984. Dr. Casebolt preferred to be called “Ralph” and was always humble, discreet and private about his academic achievements. He had a passion for teaching and had many academic interests and devoted a strong affinity for scholarly research in mythology, philosophy and psychology. In his spare time he enjoyed hiking, canoeing and camping. Dr. Casebolt taught until the day before his death on January 16, 2015. A memorial service for Dr. Casebolt was scheduled for February 15, 2015 on the UNM-Gallup campus. 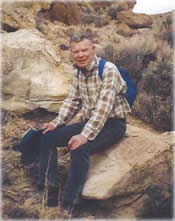 From Jocelyne Klasen, Ph.D. : Dr. Casebolt taught me so much…will always be grateful to him for my professional success…A true teacher par excellence…May you rest in peace “Ralph”, your spirit is always present over Dowa Yalanne sacred Mountain in Zuni NM, and Lake Adams Boundary Waters, MN…thoughts and prayers are with you always…Many blessings…