The UNM-Gallup community lost a long-time advocate and educator in March when Dr. Gloria Dyc, the campus' only Regent's Professor, died unexpectedly. Colleagues and students are still in shock, but we also take with us all of the caring and laughter and intensity she gave us.

Dr. Dyc, who was a practicing Tibetan Buddhist, always spoke about students as the only reason we are here.

As the Buddha said, “My disciples, the teachings that I have given you are never to be forgotten or abandoned. They are always to be treasured... they are to be practised. If you follow these teachings you will always be h a p p y.”

That last part is indicative of how Gloria lived her life, especially here at UNM-Gallup. She could be a practical joker, especially on April F o o l ’s D ay.

And it wasn’t unusual to see her dressed up as a character such as Louisa May Alcott for a reading, or something different for Halloween.

It also wasn’t unusual to hear singing coming from some of her classrooms as she tried to help students relax and enjoy classes while exposing them to music and ideas they might not normally be exposed to.

Just as important is the sense of social justice she attempted to instil in her students and her colleagues. Having grown up in Detroit, Gloria knew that social justice wasn’t some abstract idea to be venerated, but something to be practised.

“Thousands of people may live in a community but is not one of them of real fellowship until they know each other and have sympathy for one another,” the Buddha said.

While Gloria Dyc might have changed the word sympathy for empathy, the sentiment is the same: We make our communities stronger by doing good and with learning.

“...a teacher should act rightly before a pupil and set a good example for him; he should correctly pass on to him the teaching he has learned...and he should not forget to protect the pupil from evil in every possible way,” the Buddha said.

Gloria Dyc lived by that philosophy and the many students, colleagues, friends and family will enjoy what she gave them of herself long after the sorrow softens. 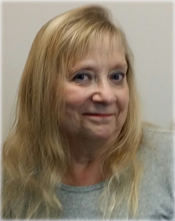 From the UNM-G Faculty Directory Archives

I am originally from Detroit, now a bankrupt city, a forest of boarded-up skyscrapers. At Wayne County Community College I began my teaching career as an adjunct. I’ve also worked as a secretary, bartender, and cocktail waitress. I love our Motown sound, as well as rock and roll, blues, jazz, and reggae.

I studied dance, so I sometimes perform at our Tibetan Buddhist retreats. I am on the Board of Directors of the Vairotsana Foundation: over a period of five years, our sangha built a stupa in the Zuni Mountains. My Tibetan teacher is Bhakha Tulku Rinpoche, who was an attendant to the His Holiness Dudjom Rinpoche, former head of the oldest Nyingmapa sect. To stay fit, I will swim in any clean, available water: one of my favorite, cold swimming sites is Lake Michigan.

I have a 23 year old son who graduated from the University of New Mexico with majors in Sustainability Studies and Languages (Portuguese and Spanish). I love to travel! I have cruised the Caribbean, visited Belize, Peru, Brazil, Mexico, the U.K., France, and the Netherlands. When I find time, I write poetry, fiction, creative non-fiction, and academic articles.