In our first in a series of articles addressing issues and topics surrounding diversity on campus, we examine opportunities and challenges for American Indian Students entering STEM disciplines. Our UNM-Gallup diversity series—which was previously scheduled as a summit to be held on campus this past April—will be built out over the coming months in a virtual format to keep these important conversations on diversity issues front and center to improve our understanding and the actions we can take to ensure an inclusive UNM-Gallup campus for all.

June 23, 2020 - In our competitive global environment, we know that the fields of science, technology, engineering, and math (STEM) are highly essential to ensuring the United States maintains a competitive edge in developing the products and services global citizens demand—which requires a workforce and talent to sustain an unprecedented level of research and development necessary for innovation.

Jobs within STEM fields are on the rise with nearly 60 percent of new jobs in this 21st century requiring skills that are currently possessed by only 20 percent of the current workforce. At the same time that demand for jobs in STEM is increasing, so too are the salaries. The average wage for STEM occupations is nearly double the average for all other occupations in the United States.

Yet, many Native American as well as tribal communities, according to the American Indian Science and Engineering Society, are not provided resources for or access to STEM education on the same level as their peers. With over 80 percent of the fastest growing occupations in the United States depending on mastery of mathematics and scientific knowledge and skills, it’s essential to have a conversation that better defines the issue and possible solutions around American Indian students in STEM disciplines.

Here, we provide our Q&A with Sandra Begay, who holds the position of principal member of the technical staff at Sandia National Laboratories. Begay is the daughter of a Navajo tribal leader and a public health nurse—and is a member of the Navajo Nation. She has been an engineer for 32 years.

Begay has worked at Sandia National Laboratories (Sandia) for over 27 years, where she is a research and development engineer. In 2019, she took a leave of absence and work for Albuquerque Mayor Tim Keller as the city’s environmental health director. Prior to Sandia, she worked at the Lawrence Livermore National Laboratory and Los Alamos National Laboratory. Sandra is currently a member of the UNM Board of Regents and she serves as the Secretary / Treasurer for the Board.

From 2002 through 2018, she formally mentored American Indian interns through the Sandia / Department of Energy Indian Energy Program, which she created. She is proud to have mentored 42 technical American Indian and Alaska Native college students, which include 24 women interns. The interns have become highly regarded technical staff members and leaders within tribal organizations, industry, academia, and non-profit groups.

Begay has enjoyed 16 years of unique work focused on providing technical assistance to U.S. tribes. She is featured in the American Society of Civil Engineers book “Changing Our World: True Stories of Women Engineers.” Included in the chapter “Women in Power, Begay’s efforts were described as providing electricity through solar panels to hundreds of Navajo Members.

The following is our Q&A with this esteemed engineer.

Question: Historically, what are the barriers for American Indian Students to enter STEM disciplines? STEM has been a focus nationally for several decades, was diversity lost somewhere in how these programs were marketed in the past? Or, do you have other sentiments on the opportunity challenges for American Indian students in these fields?

One of the barriers for American Indian students to pursue a STEM discipline is the access to math and science classes in junior high and high school. For example, the college engineering curriculum begins with Calculus; most high school students have not had geometry, algebra—and let’s not forget trigonometry. Another barrier is not seeing American Indian STEM professionals. Role models help students understand a STEM career if they can see someone like them practicing their profession. I’ve given presentations to elementary students about my career, and I explain structural engineering to them with the story of the Three Little Pigs. They get it.

As the smallest in number of the three under-represented minority groups, American Indians can be lost in broad diversity efforts. Even with the past encouragement of girls and women to focus in STEM careers, women of color were not necessarily featured. Terminology can be lost in broad diversity efforts. Specific efforts can be defined for the intent. There are some STEM jobs which only hire U.S. Citizens so their recruiting for diversity may focus specifically on under-represented minorities (Blacks, Hispanics / Latinos, and American Indians).

As an American Indian woman engineer, I know I will be one of very few U.S. engineers. I feel unique, and I am thankful that I have great opportunities to educate others about the challenges minorities encounter in STEM. To illustrate, I say picture the lower section of the UNM PIT arena. If the PIT was filled with U.S. engineers (approximately 13,000 people), I would be the only American Indian woman engineering in the arena.

I advise American Indian STEM students to be part of a study group, do not isolate yourself and join an affinity group like the American Indian Science and Engineering Society or Society of Women Engineers. In the workplace, STEM professionals work in teams; best to get use to studying and working in a group.

Question: As you reference, only 7% of American Indian students will attain a college bachelor’s degree compared to 33% of their white peers—can you expand on our feelings around that statistic?

I feel very frustrated by this statistic, but I know it’s real.

Question: Over time, what have you observed as major changes in STEM disciplines and those students entering these fields? Have you seen demand increase, as an example, for a more diverse workforce that would encourage a multidisciplinary AND diverse approach to STEM problems?

I have observed changes in STEM disciplines where there is a focus on real-world problems and an emphasis on group projects. There are more under-represented minorities in STEM, but the overall numbers of these groups increase over a very long period of time.

Many STEM students are more prepared for college as they take advanced math and science courses (if offered) in high school. Yes, there is an increase demand for a more diverse workforce and not only opportunities for under-represented minorities, but also for more voices or approaches to address the challenges.

Question: What are the opportunities that have recently opened up for American Indian Students to enter STEM disciplines—and how do you feel higher education has played a role in these new opportunities?

As I mentioned, there are some US companies which only hire U.S. citizens like Sandia National Labs (due to its security mission). Recently, there was a down-turn of available U.S. STEM professionals, so this can lead to great opportunities for U.S. under-represented STEM students to join the workforce.

UNM is doing a great job in supporting American Indian students, but more can be done. With state budget reductions possible, it is important to continue supporting all the UNM student services organizations.

There are also many national programs which are assisting with the improvements: the National Science Foundation, the National Academies of Science, and non-profits like the American Indian Science and Engineering Society. Also many non-profits and tribal governments are supportive of STEM students.

Participate in our virtual diversity series! Submit your question or comment on this article to keep the conversation going in the form below. This is a moderated forum, but we will post approved comments and answer questions as they are submitted. 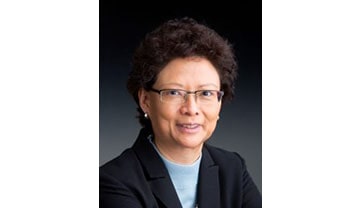 CONSIDERATIONS FOR BUILDING AN INCLUSIVE CLIMATE AT UNM-GALLUP

FROM FIRE MARSHAL TO UNM-GALLUP