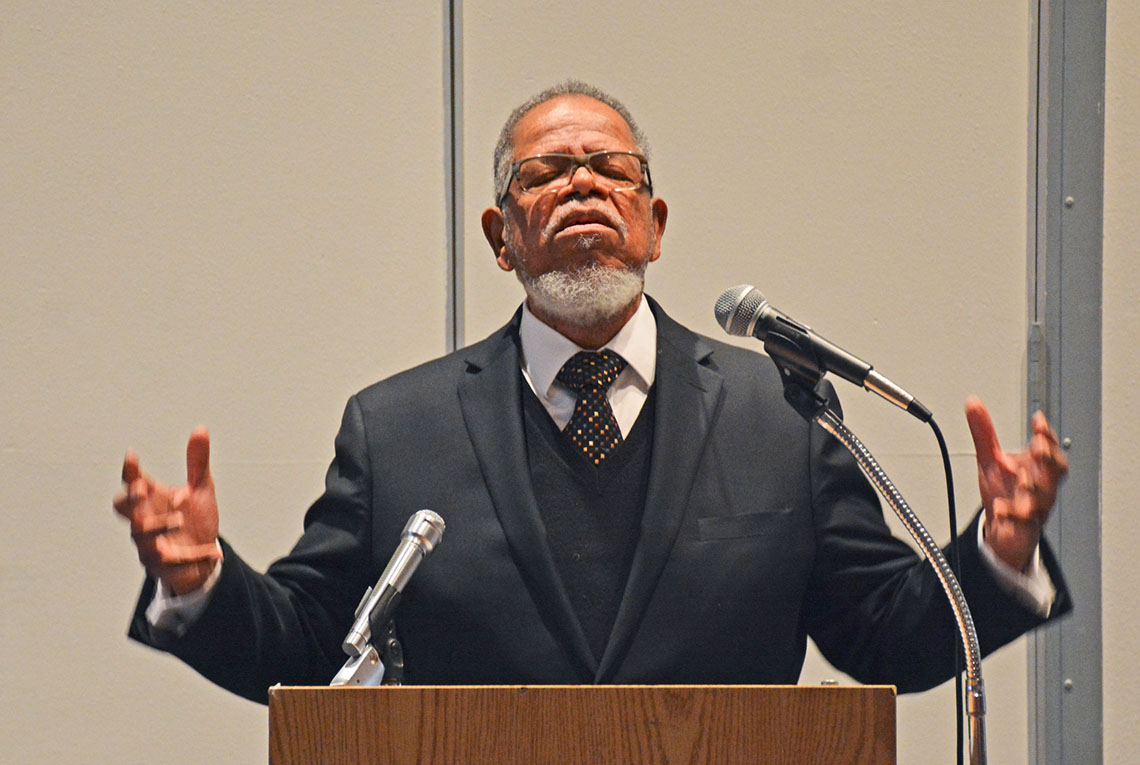 GALLUP, N.M. — When the Rev. Owen Latimore was a 12-year-old eighth-grader at Addison Junior High in Cleveland, Ohio, Martin Luther King Jr. delivered an inspiring speech directly to him and his fellow schoolchildren Oct. 22, 1964.

By his own admission, Latimore was not in tune with what was going on in the world at that time and didn’t even know who King was. Latimore said he didn’t put much thought into his future because opportunities were not that prevalent for someone like him back then.

“But when (King) came out and he began to speak, something moved,” Latimore said. “It was as if he was speaking to me and me alone.”

Latimore admitted that he did not remember the atmosphere in his school’s auditorium that day despite the cacophony of applause that can be heard in the audio recording from that day, which is available to hear online. Nor did Latimore remember much of King’s speech, but a portion of King’s message stuck with him throughout his life.

Latimore, now a pastor at the Grant Chapel AME Church in Albuquerque, recounted those words while delivering his own impassioned speech during the Martin Luther King Jr. Day Commemorative Service in the Calvin Hall Auditorium on The University of New Mexico-Gallup campus Saturday, Jan. 14, 2023.

Latimore said he didn’t understand why those words touched him. Names like Michelangelo, Shakespeare and Beethoven had no connection to a black boy living in the Cleveland ghettos like himself, but King’s message stayed with him.

Nearly four years later, on April 4, 1968, Latimore remembered when he learned that King was assassinated in Memphis, Tennessee.

“I didn’t know what was going on, but for some reason, I sat down, and I began to cry,” Latimore said. “Tears were falling down my eyes. I didn’t understand what it was about, but I understood that I had lost somebody important in my life.”

Latimore compared black icons such as King, Malcolm X, Harriet Tubman, Nelson Mandela and Desmond Tutu to the “cloud of witnesses” referenced by Elijah in The Epistle of the Hebrews, a book of the New Testament.

“What they’re saying is, somebody came before you came,” Latimore said. “Somebody though pain and heartache that had to hew out the path which you walk today. Somebody before you came was here, and there is a thread, an eternal inner thread that connects us to those who were before us. And in that weaving of all these different peoples that came, there’s a foundation on which all of us stand that we can reach across one another and shake each other’s hand and say, ‘I believe that if I love you enough no matter what you say, no matter what you do, no matter what you think, that everything with me will be all right.’ That’s what I believe.” 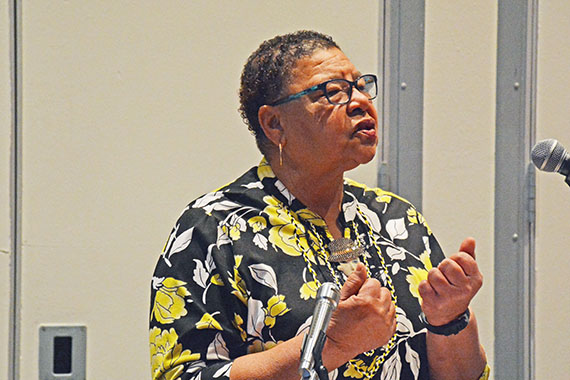 Mona Frazier, a Gallup resident and community organizer and volunteer, emceed the commemorative service and also shared what King’s legacy meant to her.

She said she grew up in New Orleans and attended all-black schools in her early years. Because of King’s fight, she was eventually able to attend schools with children of other races and nationalities.

“He paved the way of fear to be gone from my life,” Frazier said. “We all bleed the same blood, and to love each other is the most important thing that any of us can give. And believe me, without his love and his fight for freedom that I can have a better life than my parents, I would not be here today.”

The commemorative service was hosted by the UNM-Gallup Office of Diversity, Equity & Inclusion in partnership with the Charlie Morrissey Education Center.

Diversity, Equity & Inclusion Director L.D. Lovett said the event was meant to celebrate King’s legacy and serve as a reminder of King’s vision for the future from his “I Have a Dream” speech.

Lovett said the event was meant to acknowledge the strides that have been made on racial issues and civil rights in the United States since King died, but also to recognize there’s still progress to be made and action to be taken. 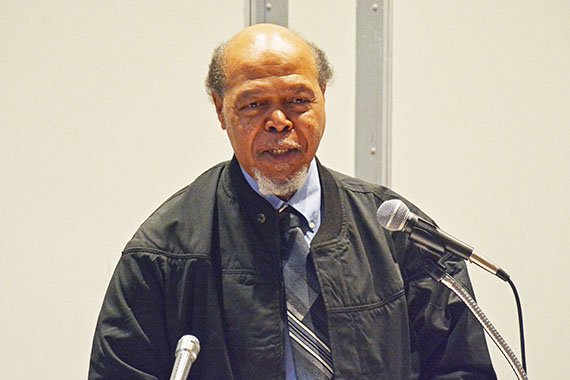 “In order to actualize what Dr. King was saying, it takes more from those of us who are here,” Lovett said. “It’s more than dreaming about it. We have to take positive steps to move to the next level.” 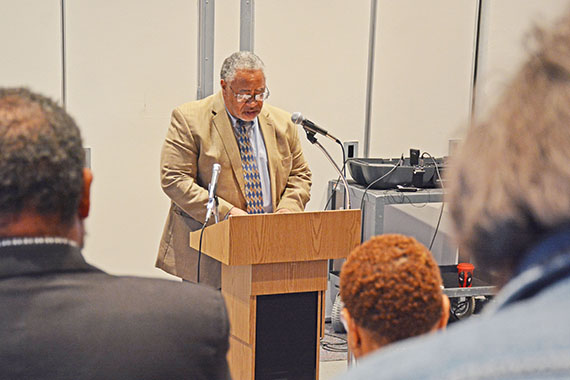 To open the service, the Rev. Kaul Corley, of St. Paul Missionary Baptist Church in Gallup, delivered an invocation. The choir from St. Paul also performed “Amazing Grace” and “We Shall Overcome.”

“It is deeply meaningful for me because Dr. Martin Luther King, for me, is always a symbol of strength and of love and peace,” Manuelito said. “Love overcomes all. Love conquers all.”

The UNM-Gallup Office of Diversity, Equity & Inclusion is planning more events in February in celebration of Black History Month.

Dr. Doris Fields, a poet, workshop facilitator, jewelry and visual artist, and retired public health administrator, is scheduled to host “A Night of Poetry” on Feb. 10, 2023.

Then Clifton Taulbert, an entrepreneur, CEO, Pulitzer nominee and international lecturer, is scheduled to deliver a virtual presentation on Feb. 16, 2023.

For updates about these events, follow UNM-Gallup’s social media accounts.

For more information about the Office of Diversity, Equity & Inclusion, Lovett can be contacted at llovett@unm.edu.