Exploring Environmentalism through the World's Religions

April 14, 2020 - It took two years for Buddhist monks and a community tired of litter to build what is now the famous Wat Pa Maha Kaewâ€”or Temple of a Million Bottlesâ€”complex in the Sisaket province of northeastern Thailand. First opened to the public in 1986, the temple is housed within a larger complex of 20 buildings constructed of over 1.5 million beer and other types of bottles along with mosaics created from bottle caps. 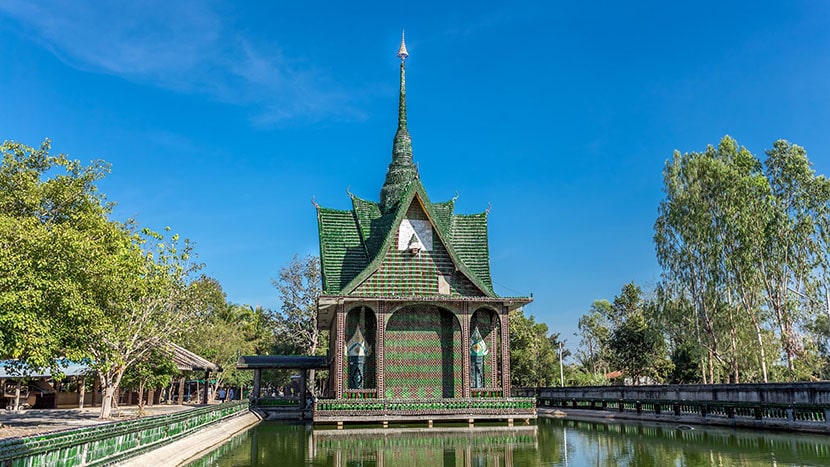 From Buddhist monks constructing a temple out of litter and beer bottles, Pope Francisâ€™ recent encyclical Laudato Siâ€™: On Care for Our Home, and to the longstanding and sacred Islamic traditions of forest conservation, Dr. Stone takes the reader on a journey around the world to examine how religion impacts and drives environmentalism.

This book is also a personal endeavor for Dr. Stone, whose mother Linda sparked an early natural curiosity for the natural world, spirituality, and religious traditions. â€śShe provided opportunities for many adventures in these fields that led to a deep appreciation of the many ways that humans interact with the natural environment. My interest has grown over the years and is inseparable from my being,â€ť said Dr. Stone.

â€śWhen I was writing my PhD dissertation in the early 2000s, there was not much scholarship on the topic and many of the religiously motivated environmentalist organizations were just getting started or did not have a high public profile. So, I promised myself that I would revisit the topic at a later time with the intent of writing a descriptive, global overview of religiously and spiritually motivated environmentalism.â€ť

This is certainly a timely topic as the world is impacted by a growing number of natural disasters caused or strengthened by global warming, and while many of the world religions are increasingly at the forefront of social and political environmental efforts. However, it was not always the case that the worldâ€™s religions were welcome partners in environmental movementsâ€”as many environmentalists once viewed religions as the root cause of the destruction of our natural environment.

â€śMany scholars and secular environmentalists in the 1960s were critical of religious institutions,â€ť explained Dr. Stone. â€śIn the late 1960s, the Judeo-Christian tradition specifically was criticized both for a purported role in the destruction of the natural world and for its beliefs in a divinely mandated human domination of nature.â€ť

Over the last few decades, this interplay between religious and secular environmentalism has improved the movement overall by increasing the number of organizations and networks dedicated to environmentalism. Activists, institutional leaders, and other members of diverse religious and spiritual traditions have worked to form organizations in the latter part of the last century and the first part of this 21st century that have embarked together upon decades of work to solve many of the planetâ€™s most pressing environmental issues.

Some of the more notable organizations formed during this time include the Evangelical Environmental Network (EEN), which is a US-based Christian organization that advocates for political action and public policies that â€śhonor God and protect the environment,â€ť according to Dr. Stone. Or, the Alliance of Religions and Conservation (ARC) that operated from 1986 to 2019 and was founded by the president of the World Wildlife Fund, HRH Prince Philip, and other invited religious leaders from Buddhism, Christianity, Hinduism, Islam, and Judaism.

In the early part of this century, religiously and spiritually motivated groups also came together and began protesting fracking, including indigenous people, rural communities, and other adherents of nature religions. As explained by Dr. Stone, â€śOften these fracking protests are focused on local or regional risks experienced by communities that share religious or spiritual beliefs, rather than on fracking as a global issue.â€ť

Whether the issue is global, regional, or local, thereâ€™s clear advantages brought to these causes from a religious environmentalism perspective. These movements can strongly benefit from religions, â€śsince religious groups tend to have the experienced leaders, shared cultural elements, strong social relationships, and collective identities that help movements mobilize and achieve their goals,â€ť said Dr. Stone. More so, religious organizations are comprised of enduring social relationships that can better facilitate political engagement.

â€śIncreasingly, religions are addressing the environmental consequences of human activities that are involved in creating policies and initiatives that protect the natural environment. Around the world, religious traditions are involved in both collaborative and contentious politicsâ€”and often bring insight, enduring social networks, and experience to efforts aimed at resolving contemporary environmental issues and concerns,â€ť said Dr. Stone.

To purchase and read Religion and Environmentalism: Exploring the Issues, search online for the following ISBN numbers (printing may be delayed by the emerging COVID-19 pandemic):

Dr. Lora Stone is an associate professor at UNM Gallup in the Fine Arts, Humanities and Social Sciences Division, where she teaches sociology and political science. Dr. Stoneâ€™s field research includes working for the National Project on Community Development and Community Organizing, which involved data collection and analysis at selected sites across the United States to study the correlations between religious culture, socio-economic mobility, and political participation. Her research interests include social movements, community and workforce development, environmental sociology, astrosociology, and animals in society. She received a bachelorâ€™s degree in English with honors from the University of Texas; a masterâ€™s degree in sociology from the University of New Mexico; and a doctoral degree with distinction in sociology from the University of New Mexico. 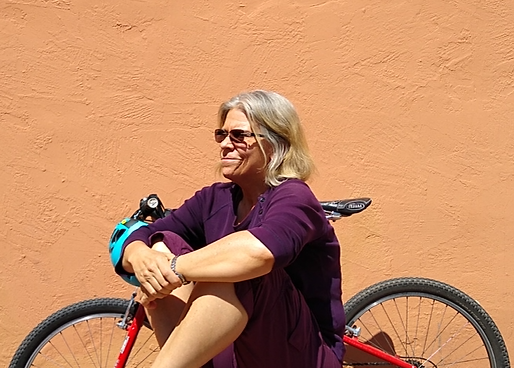